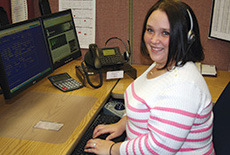 At Interpower, we have real people answering the phones each day (no recordings) which means we receive a number of product design questions. Usually if a question has been asked by one person, it means that others also have the same question. So to assist you, we will be sharing a few of the commonly asked questions complete with the answers. Be sure to follow our series, “Interpower’s Answers to Commonly Asked Questions.”

Question:
How can one connector, such as the C13, have two different amp ratings?

“The dual ratings for electrical components are based on the different product safety standards around the world,” Barnett explained. “Part of this is due to how the different agencies test and rate these components. Take, for example, the common IEC 60320 C13 connector. In the United States and Canada, these connectors are typically rated at a maximum of 15 amps per UL 498 and the relatively new UL/CSA 60320-1 standard. Outside of North America, most countries follow the IEC 60320-1 standard and rate the connector at 10 amps maximum. Key tests are the temperature rise and breaking capacity tests.”

The connector will always be rated at what the country allows. “For instance, you have a piece of equipment that you have been selling in the United States for years and now decide that you would like to start exporting it. Your equipment is pulling 11 amps and has a C14 inlet built into it. While this setup works great in the United States, it can cause a problem in other countries, such as Brazil,” Barnett said. “In Brazil, the C13 is only rated for 10 amps. Cutting the plug off of a NEMA power cord and adding a rewireable Brazilian plug will not solve the problem—it causes more.  Even though the connector is rated at 15 amps in the United States, the connector will still be rated at 10 amps per the Brazilian standard. In addition, your power cord will not be approved because approved cords need to be made with international cable. That’s why it’s important to know what the country of export has for regulations and standards.”

If you have ideas for future blogs, please e-mail infopower@interpower.com.