From the power source to the equipment, cable is an important component in completing the electrical path. While there are different kinds of cable available to choose from, the focus of this Featured Product is on international cable. Interpower® manufactures H05VV-F, VCTF, and HVCT, RVV, and H03VV-FF cable types. 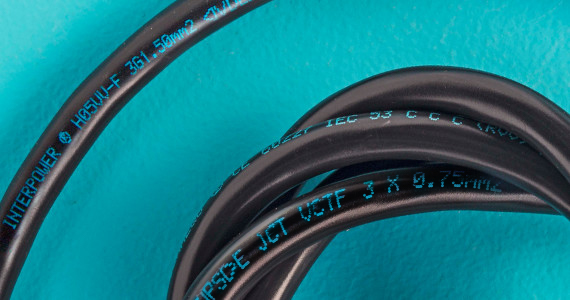 * Some of the Interpower manufactured international cable may also have CCC and/or KC, depending on the size.

For H03VV-F cable, the safety certifications include:

For a full list of Interpower cable, please see www.interpower.com/ic/cable.html

International cable may be similar in appearance to North American cable, but there are a number of important differences. International cable is sized in square millimeters. This measurement is the cross sectional area of the copper wire within the insulation. The size is expressed in millimeter-squared (mm2). Size increments are designated within the standards and vary as the cable size increases.

The Harmonized Wire Coding System chart, found on the website, gives more explanation about what the various letter and number designations mean.

Marking of the conductors within the cable defines which conductor is line, neutral, and ground. The typical international color code for 3-wire cable is green/yellow (ground), blue (neutral), and brown (line). 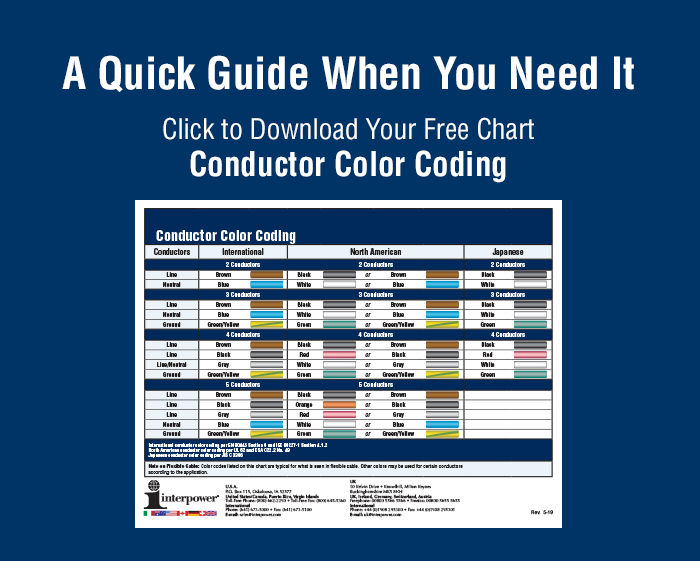